MUTED: The Short Film On Missing Black Girls That Everyone Needs To See

Shedding light on the harsh reality of a family on a quest to find their missing black daughter.

The reports of black and brown girls missing in 2017 were highly disturbing, to say the least. Although the biggest numbers came from the capital's district, it is an epidemic that is sweeping our nation more than we know. It's happening in our major cities, it's happening to not only our girls, but also our boys and the media has been hushed about it for far too long. So this is when you lean on your smaller publications to make a big sound because overall, representation matters and who can represent us, better than a black woman? Her name is Brandi Nicole Payne and she did a stellar job with limited resources and a dream.

Brandi Nicole Payne wrote, produced (along with partner Tara Tomicevic) and played a small supporting role in MUTED, the short film that aired on HBO back in 2015. Although the media is showing some interest in the topic of black girls missing now, Payne has been writing this story since 2013. "In LA, there was a young black woman that went missing by the name of Mitrice Richardson and I heard about it on the local news. I became obsessed with it because she was young and really pretty and she went missing after being in the cops custody," Payne shared. "At the time, I was in college in Houston so when I asked my friends what do they think about this, none of them had heard about her. That just blew my mind that some sort of disappearance like this, where the last people she was seen with were cops, doesn't make national news." 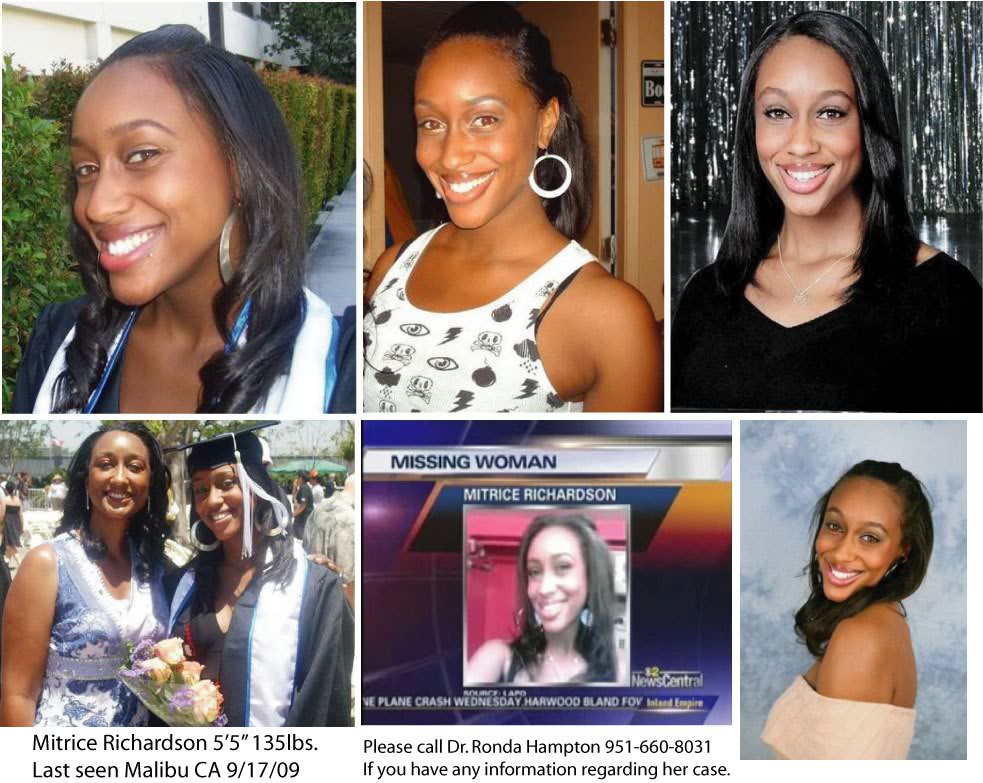 Eventually, they did find Richardson's remains at the bottom of Malibu Canyon almost a year after she had gone missing. This inspired Payne to do some serious research on black girls and women that go missing every day. "I would hear about these women that went missing and their parents were so upset with the police and media for not honoring the attention they felt they deserved." She went on to say, "What is it like to be one of these mothers when a loved one goes missing and you don't have superpowers or that public support you need to find your child?"

Thus, MUTED was born. Starting as a 35-page script, Brandi Nicole and partner Tara started production in 2014, officially releasing the short film on HBO in 2015. The duo felt a visual project like this was necessary because anytime someone goes missing, that person should matter — no disparity in media coverage. "The main message I want people to take from this is all lives SHOULD matter, because they don't," Payne chuckled before clarifying her statement. "When that phrase first came about, I had to correct a lot of folks, in a loving way, but also in a 'let me tell you why this is not right' kind of way." Payne explained that time and time again she has had debates when it came to the difference of the media's reaction when a white girl goes missing versus a black girl. She even recalled stumbling across the study of "Missing White Woman Syndrome" while doing researching, and her mind went from 0 to 60 real quick. "There shouldn't be this reaction to immediately think of our kids, specifically, as runaways. It should still be treated as if we're on high alert and they're going to do everything they can to help you find your child. The public is so trained to sympathize with white victims that when it's a victim of color, they immediately throw around the runaway label or look for a troubled background." Payne continued, "Instead of focusing on what trouble this person may have gotten into, I would rather they focus on what trouble they could get into if we don't find them. Who could be preying on them if we don't bring them home?"

The film, which recently received the HBO short film award at the American Black Film Festival in 2014, sheds light on the harsh reality from a family on a quest to find their missing daughter. Multi-Emmy award nominated actress Chandra Wilson (Grey's Anatomy) and Malcolm Jamal-Warner (The Cosby Show) were cast to play the roles of the parents dealing with this travesty. "Malcolm was the last person to join our cast, but he was awesome. Such a pleasant attitude and he treated everyone with kindness. I hope to work with him again." But if you're a fan of her work, you already know that Chandra Wilson can and always delivers her best. "She set a great tone for the cast and crew. She's just a consistent professional. Treated everyone with respect, cracked jokes during down time, but hit it out of the park with those heavier scenes. We did extra takes for spacing, but we could've gone with the first take and been done. She's just that fantastic," Payne gushed. "I look forward to her spreading her wings in other projects. She's truly a dream."

One of my personal favorite scenes from the short film is when Chandra calls out the media and police for their lack of responsibility when it came to finding her daughter, in comparison to another girl that is missing, and is also white. After falling upon deaf ears and dial tones, Chandra and her family takes it upon themselves to get the word out.

It's always a controversial subject when you call out the police force (and some major media publications) for their negligence, but Brandi Nicole and her crew felt like it was absolutely necessary for the underlying tone of this film. "It can be a little touchy, but it's honestly a matter of life or death. Working in the industry, I understand that when a story comes out they're looking at it from the perspective of this is their beat, this is their chance. I get that it's also not just them. They report to someone higher that's going to give them the green light, the yay or nay on the stories, so we go into that as well. But it was important to show that they have some responsibility and culpability when they choose not to showcase these victims." Although police departments in DC have since apologized for "alarming us" by putting out the number of girls missing, it was still very necessary because what is normal to them is still a concern to the public eye. That should never be normal. That's a call to action right there," Payne shared. "500 girls missing since March? We're not even done with the first quarter of the year. I pray it stays low, but I'm also glad they're at least broadcasting it now on social media because that's how people come forward. Getting a person's name and face, picture, basic info all out into the public — you never know who may see something. And if you see something, say something." She went on to explain how mad she is that we can spend multiple hours on that one story (usually of one missing white girl), when there's a family in a city right now who's just trying to get 10 minutes of any outlet's time.

So maybe you don't have the resources or skill set to make a film that would appear on HBO. Or maybe you can't put the words together to write an opinion piece on a platform. That's fine. There's still various ways you can make a difference in this fight.

"On our website, we have a link right on the top, big and bold, that lists resources and ways to help. We always suggest two non-profit organizations: Black and Missing Incorporated and Black and Missing but Not Forgotten. They do an excellent job of sharing photos of our missing. The easiest way to help them is by a quick share or retweet on social media," Payne shared. She went on to give information on more ways we all can help. "There are other organizations called the Deliver Fund and Joyful Child Foundation that you can look into as well. On the site, we also have a pdf link that says 'Your loved one is missing. Here are steps to take.' That is the one that I tend to give out a lot because from time to time people will tag me when someone has gone missing, and I will point them to that. Lastly, you can always contact your local news. So if you hear of a story on social media just on your local timeline, call them, email them and do it again. Put pressure on them for that coverage."

You can watch MUTED on its website, Twitter or Facebook page. They are currently in the stages of making it a feature film and could use our help in various ways. Throughout it all, Brandi Nicole Payne and her team are just thankful this topic is being addressed, and hoping it's not going to be just a trending topic, but that there's going to be some standing power to it. We agree.