Jaimee Swift is showcasing the radicals among us – both past and present.

As the daughter of two former slaves, Nannie Helen Burroughs grew to become a pivotal leader during the civil rights era. She sought opportunities for women beyond the home, founding the National Training School for Women in Girls in 1909. The opening this learning institution, which was the first vocational school for Black women in U.S. history, plus her accolades as a member of the National Association of Colored Women earned her a chair on then-President Herbert Hoover’s special committee on housing for Black Americans.

Jaimee Swift, a 28-year-old journalist, lecturer and Ph.D. candidate at Howard University, was standing on a street named after Nannie Helen Burroughs, when she first wondered about the name behind the sign. Burroughs’ story mirrored tales of triumph by Black women like those in Swift’s readings­ – women whose names were hardly recognizable despite their incredible contributions.

“I started researching, finding these women and […] I felt disgusted that [they] are missing from the repertoire,” Swift told Blavity. “These women worked so hard for us to be here and even after they pass on, their legacy remains because they are the blueprint. It was so important to honor their lives.”

With a desire to bring Black women and nonbinary activists out of the heavy depths of forgotten history, Swift founded Black Women Radicals, an organization that shines a light on past and present leadership across the African diaspora. After over a year of dedicated research, Swift did a soft launch in October. The official launch of Black Women Radicals will take place in 2020 and include three key components: a database which highlights historical Black women activists and leaders in Africa and in the African Diaspora; a running blog titled "Voices in Movement" which will center on the contemporary activism and themes on and about Black women and non-binary people; monthly panel discussions, book talks and other events designed to support a sense of community.

“I hope the database overcomes some semblance of erasure,” Swift said. “We have so much to still uncover about us and who we are, and I hope this […] showcase[s] the amazing legacy, amazing present and amazing future that Black women and nonbinary folk have laid for us. And also, not just the amazing legacy, but the trials, the triumphs and the tribulations that have come along with this. I hope that it gives hope to other people, so that they too can do the same thing.” 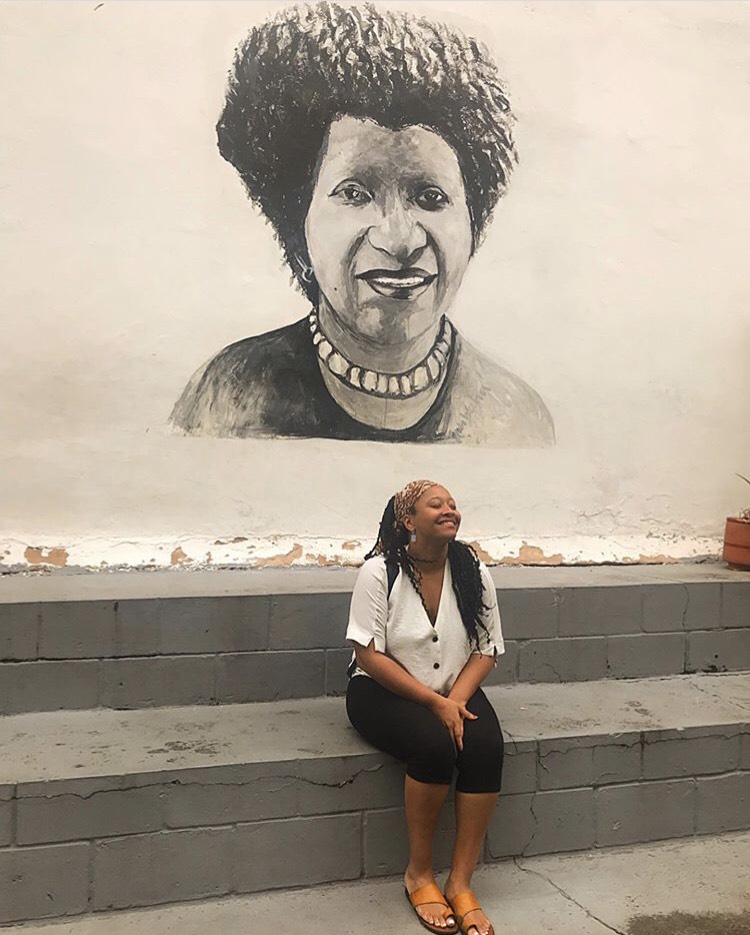 When speaking on every moving part of the organization, Swift carefully reiterated that this project is not only for Black women, but those who are nonbinary, as well. When introducing her team, including Anaya Adam, strategic communications coordinator; Olivia Vita, community relations coordinator and blog editor; Keshia White­, brand and web design coordinator, Swift was also sure to note through each team member's preferred pronoun. The accurate acknowledgment of one's identity is essential to successful leadership for emerging thought leaders.

“How could I not include nonbinary people? We have to include nonbinary people, Black trans people and Black people [with disabilities], because they are scholars, they are intellectuals, they are leaders – they are the everyday Black radicals that we overlook," she said. "Black disabled folk are here. Black queer and trans folk have always been here. We’ve always been here. It’s important to show solidarity and live it in practice.”

As a student of political science with a concentration in Black politics and international relations, Swift has found herself going head-to-head with students and professors alike whose syllabi and/or discourse neglected to mention Black women and nonbinary people, even in passing.

“There is no reason [why] I should be a student of Black politics and there are not women – trans, cis or nonbinary folk – not represented in the discussions on contemporary Black politics in Africa and the African diaspora,” Swift said.

When addressing this issue directly in class, Swift found the responses to be dismissive, archaic and frankly, mysogynioristic.

“I was talking to somebody and they told me that 'I should choose my race first,'” Swift said, incredulously. “I’ve been told I’m ‘too many things.’ I can’t be a feminist — I can’t be a Black feminist — but at this point, I don’t care. You’re going to hear from me.”

And hear from her, we shall. Through this organization, Swift has already documented well over 160 profiles in the ever-growing database, and those interested can find stories like that of Alexis Grady, an undergraduate student at Howard University who is leading the charge of furthering LGBTQ+ inclusion across college campuses on the Black Women Radicals blog.

During the next few years, Swift will strive toward making Black Women Radicals a premier resource with a database that's integrated into K–12 and university-level curriculums. With these stories harvesting in the minds of young academics, there is hope that someone will utilize the profiles to produce biographies of these powerful women and nonbinary leaders, whose work has long deserved the recognition.