50 Years After the Stonewall Uprising, How Much Has Changed For Today's Marsha P. Johnsons?

While celebrating the event that launched the movement, transphobia still needs to be highlighted.

When trans activist Marsha P. Johnson was alive, the world shunned her for simply existing. As one of the most influential leaders of the LGBTQ movement, it's well-known that the icon was Black, queer and struggled with her mental health — three strikes in America. Despite her notable contributions to gay rights dating back to the '60s, her and other minority queer activists are just getting their proper posthumous recognition, 50 years after Stonewall.

The Stonewall uprising was the pivotal 1969 police raid of the Greenwich Village-based gay bar, the Stonewall Inn — in which Johnson emerged as a leader in the LGBTQ movement.

This year, New York City Police commissioner James O'Neill apologized for the debacle. However, back in '69, the raid was part of a common practice. NYPD would harass patrons and LGBTQ members who frequented local bars and clubs around Christopher Street, causing some folks to be jailed and even lose their jobs. On June 28, after the police entered Stonewall, the people fought back — and the rest is gay rights history. 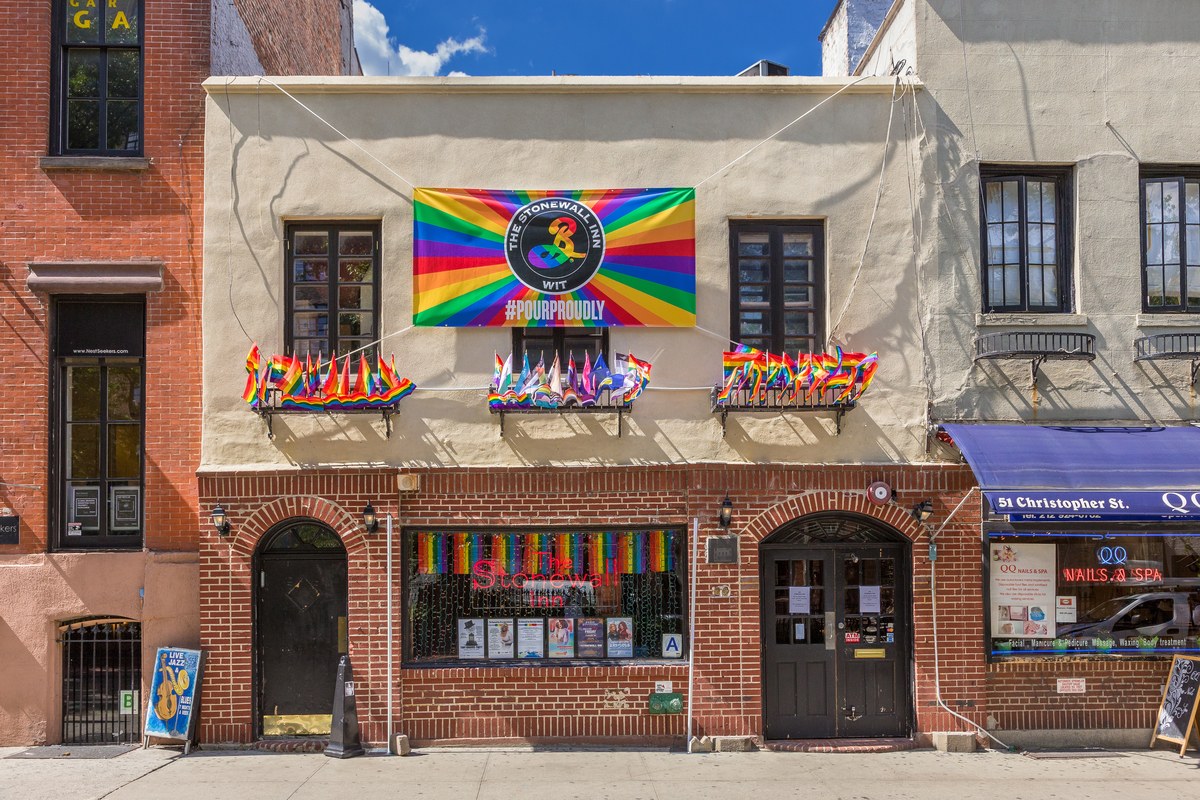 "I think it would be irresponsible of me, as we go through World Pride month, not to speak of the events at the Stonewall Inn, in June of 1969," O'Neill said. "I do know what happened, should not have happened," he continued, before apologizing and vowing that the incident would never happen in 2019 via the NYPD.

Fifty years after Stonewall, U.S. residents live in a country where the NYPD could respond to an apology demand from the Heritage of Pride organization. Today in America, same-sex marriage is legal, and FX’s Pose is a hit television series with the largest transgender cast. In this post-Stonewall era, we have Laverne Cox, Leiomy Maldonado, Amiyah Scott, Isis King and other transgender women of color, whose names and talents are highly respected and admired. Out Magazine Executive Editor Raquel Willis recently tweeted about her position on a Black, trans power discussion panel, which was set up to help create more positive visibility for Black trans women.

On June 24th, I’ll be in conversation with @JanetMock & Tracey "Africa" Norman discussing Black trans power at this year's Human Rights Conference. What an honor! ???? #WorldPrideNYC

The current strides made by members of the LGBTQ community is worth celebrating this monumental Pride season, but everything is not sunshine and rainbows. In 2018, an HRC study found that over 80% of the transgender people killed were women of color. Even now, lesser-known trans women Chynal Lindsey, Muhlaysia Booker and Michelle "Tamika" Washington are recent victims. Similar to Marsha P. Johnson, these women are Black and trans, which makes me wonder, "If Marsha P. Johnson were young, alive and poor today, how much different would her life be?"

Transphobia has led to many deaths and can come from both inside and outside the LGBTQ community — it would be thoughtless to ignore that unfortunate fact. Alas, there is a time for everything; a time to laugh and a time to cry. As folks prepare for the 2019 Pride celebration, it is appropriate to acknowledge how far society has come in leading with love and acceptance. At the same time, during the golden anniversary of the Stonewall uprising, we should not leave the people who led the movement behind.